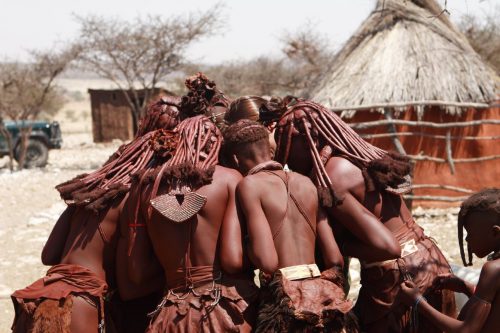 This is the fourth article in a seven part series. Read the first, second and third articles.

As discussed in my previous article, Trust is the foundation on which the other 4 behaviours are built. Once team members trust one another, they are able to engage in unfiltered and constructive debate without the fear of being judged or reprimanded.

Conflict within teams can be both healthy and productive, as long as it remains focused on issues and solutions, not on people. How it looks and sounds will vary across teams, organisations and cultures, and even depending on the personalities involved, but what matters most is that those involved know that no one else is holding back their opinions and that no one is afraid to speak up.

When teams don’t engage in this type of productive conflict, chances are, they are not making the best decisions for the team.

While this conflict is never supposed to be negative, it is going to be uncomfortable, because the reality is, when people disagree, it is uncomfortable. High performing, cohesive teams embrace this discomfort; they sit with it because they know it means productive, meaningful conversations are taking place and they don’t have to worry about judgement or fear, because they all trust one another.

Lencioni says: “With trust, conflict is nothing but the pursuit of truth”.

So, how do we start to promote productive conflict within teams?

As a team, create your Rules for Conflict; a charter of behaviours that are acceptable and unacceptable during conflict.

Before you do this though, it is first crucial to understand that everyone responds to conflict in different ways. Learning and understanding these differences amongst team members can help make conflict less confronting because reactions are less likely to be surprising to others.

For example, the behaviour of addressing issues head on can be very productive during conflict, but taken too far or misinterpreted, it can lead to saying something you will regret or becoming overpowering and aggressive.

To establish your Rules for Conflict, as a team, come up with a list of acceptable and unacceptable behaviours during conflict. For example, your team might decide that raising your voice in passion is acceptable but yelling at someone or talking over them is unacceptable.

Once you have established your Rules for Conflict, use them! Start to engage in unfiltered, constructive debate, and see just how powerful and necessary it is in moving toward the best possible outcomes for the team.

Have you established Rules for Conflict with your team? If so, I’d love to hear some of them.